The first chapter is a beautifully written indictment of the nameless Midwestern town in which the story is set. Parochial, insular, stuffy, middle-brow, Lane's old home town is obsessed with what is proper and especially what isn't.

The rest of the chapters are stories told by a young girl named Ernestine about other women who live there, and most of them are pretty easily identifiable as wish fulfillment on the part of the author. The old maid escaping seduction by town ne'er-do-well by her own pluck and the timely appearance of a new suitor. The hired girl forced by gossip to marry the husband when the wife dies, which ends about as well as you might expect. A wife who leaves her husband and goes on to become a couturier. The selfish old woman who lies about her daughter being fast to her daughter's suitor so he'll jilt her and she'll have someone at home to take care of her. Ernestine's "fast friend" Elsie falls for a traveling man with disastrous results. The town beauty elopes with a hayseed, and a mother sells her beautiful daughter to the highest bidder, with homicidal results.

In the last chapter, Ernestine has finally had enough (and so have we) and against the wishes of her parents leaves home for school in NYC. You don't so much as cheer as think, "What took you so long?"

...there were two clear ways to flaunt one's loss of modesty and virtue; one was to wear red, the other was to be seen needlessly gadding around uptown.

Makes me want to put on my reddest outfit and prance right up town. I'm certain that was exactly how she meant me to feel.

Click here to read all my reviews on Goodreads.

The worst thing about the Writers’ Police Academy is that you can’t split yourself into quadruplets so you can see and do everything on offer. Shallow grave burial site? or jail searches? or Krimesite Imager hands-on workshop? or search and rescue? or ambulance tour? And that’s just the first hour of the first day. Event…

It is a quite staggering reflection that when Cook left Canada for the last time in 1767, he was still a non-commissioned officer. It is also a staggering reflection on the Lords of the Admiralty of the time that, because of their innate snobbish conviction that officers and gentlemen are born and not made, Cook did not quite qualify for a commission. He had been in the despised Merchant Service, he had sailed before the mast in the Navy, he was poor and his origins were obscure. There could have been little doubt left in the Admiralty by that time that in Cook they had the greatest seaman, navigator and cartographer of the generation. But a commission? Hardly. Hardly, that is, until they realised that to send a naval vessel to circumnavigate the globe, in the greatest exploratory voyage ever undertaken, under the command of a non-commissioned officer wouldn't be quite the thing to do. For one thing, it would redound most dreadfully upon the alleged competence of those who did hold commissions, and, for another, it would not look good in the history books. So, belatedly, they made him a lieutenant.

'Fat smiles on the faces of the husbandmen,' said Hugh Beringar, fresh from his own harvest in the north of the shire, and burned nut-brown from his work in the fields, 'and chaos among the kings. If they had to grow their own corn, mill their own flour and bake their own bread they might have no time left for all the squabbling and killing.'

Joseph Medill of the Chicago Tribune asked Lincoln why he had chosen a cabinet comprised of enemies and opponents. He particularly questioned the president's selection of the three men who had been his chief rivals for the Republican nomination, each of whom was still smarting from the loss.

Lincoln's answer was simple, straightforward, and shrewd. "We need the strongest men of the party in the Cabinet. We needed to hold our own people together. I had looked the party over and concluded that these were the very strongest men. Then I had no right to deprive the country of their services."

# Permanent link to A Prairie Lawyer from Springfield

“I’m the nurse in your famous shot.”

The nurse writes in. 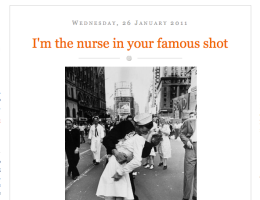 Read more “I’m the nurse in your famous shot.” 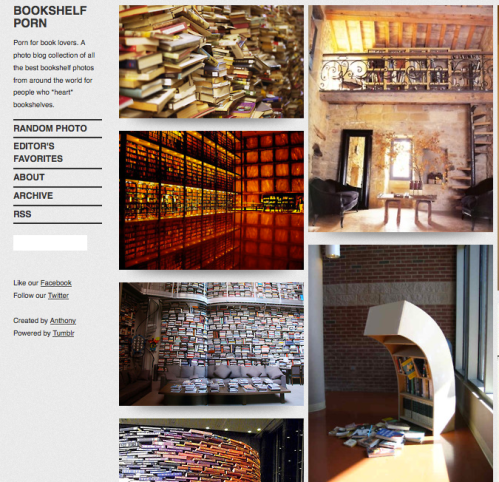 Although my favorite is always going to be Henry Higgins' library in My Fair Lady.

“It was one of those classic moments when you hear crickets chirp.” 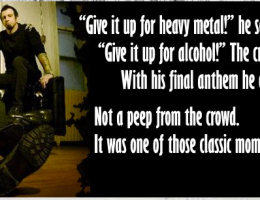 Read more “It was one of those classic moments when you hear crickets chirp.”

...her story is constructed as much of male fear as fantasy.

Watch out for that man with the enormous ax!

The Open University on the history of English: The cartoon version. Love the one about the King James version of the Bible, too. And the age of the dictionary, if only to discover the word “snuffbumble.” Worthy of Rocky and Bullwinkle.

Read more Watch out for that man with the enormous ax!