Death of an Eye, the first Eye of Isis novel, publishes in paperback on September 5.*
Click here to pre-order your copy now. 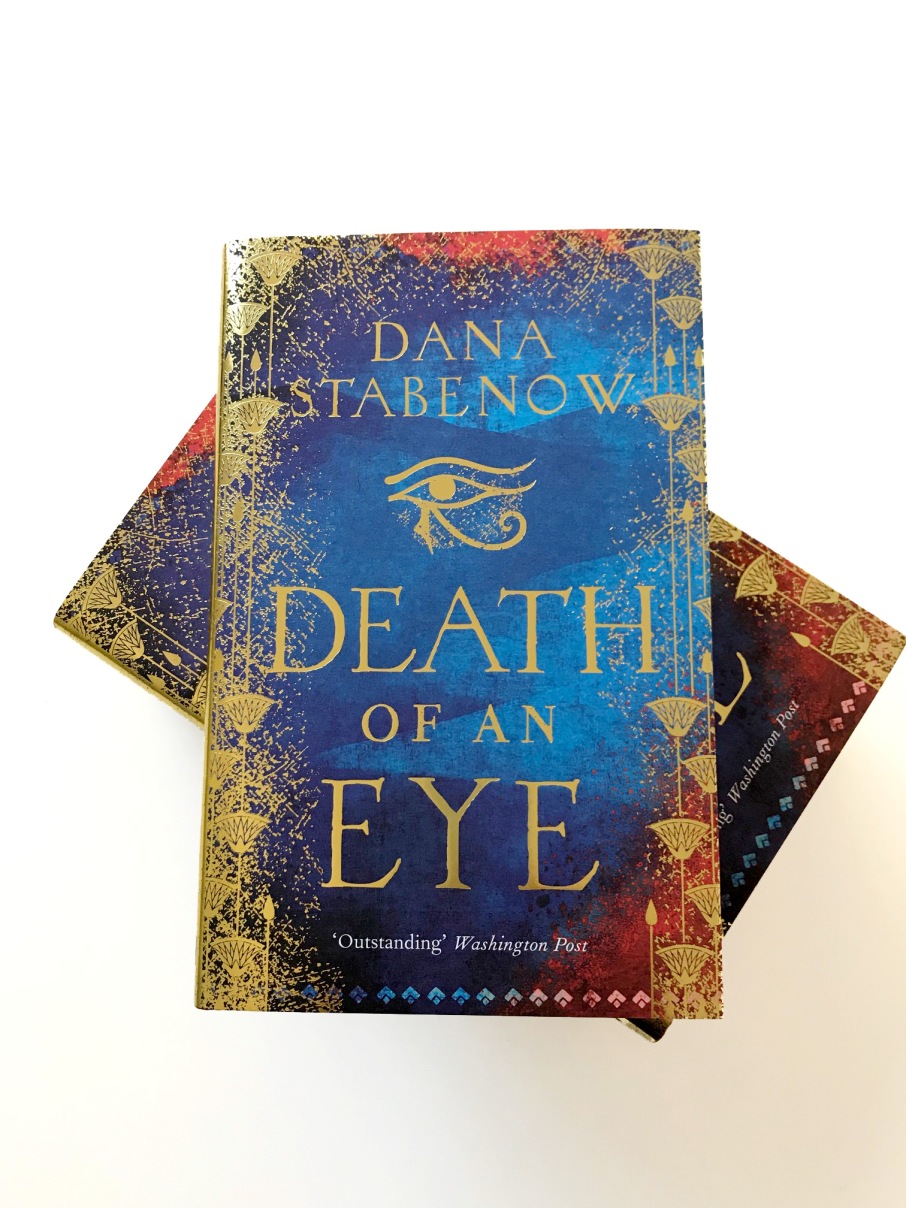 A friend who knows I am writing a series set in Cleopatra’s Alexandria was greatly exercised over some of Cleopatra’s decisions. “Why did she make Antony leave Octavia? It gave Octavian all the ammunition he needed to move against her. How could she have done something so stupid?”

To which I replied, I admit with some asperity, “What makes you think she did?”

You can’t trust the chroniclers of the time. Rome ruled the known world, Octavian/Caesar Augustus ruled Rome, and if Roman writers liked their heads where they were they’d write what Octavian wanted them to. Cicero, Plutarch, Dio — maybe not your most unbiased sources. And they were all men, writing in an absolute patriarchy. Egypt was a very different story. Stacy Schiff writes

As much as one third of Ptolemaic Egypt may have been in female hands.

No wonder the Romans felt the need to demonize Cleopatra. She must have terrified them. She certainly challenged their world view. But I digress.

I have never fully subscribed, not even as a swoony teenager, to the deathless romance version of Antony and Cleopatra (forgive me, Will). The more I read up on the subject now the more I’m convinced that Cleopatra was ruthlessly practical not only in her romantic relationships but in all of her relationships.

But for this post let’s concentrate on the romantic ones. In my Goodreads review of Stacy Schiff’s Cleopatra I wrote

Schiff writes, “She got a very good deal right, and one crucial thing wrong.”

That one crucial thing was, of course, Marc Antony. But, again, what choice did Cleopatra really have? Octavian, Lepidus and Antony carved up the Roman world between them and Antony got the eastern Mediterranean, which included Egypt. Again [like Caesar] Antony was the Roman on the ground, the guy with the legions. She invited him to Alexandria and she seduced him into supporting her, but when he left she didn’t see him again for three years. Schiff doesn’t report any credible evidence that Cleopatra pined for him, she got on with the business of ruling her country. Nor did he pine for her, he married Octavian’s sister and they lived together in Athens in what sounds like amity and affection.

It isn’t until he returns from Parthia, a beaten man, that passion seems to overcome all else and he turns into an octopus, holding on to Cleopatra with all eight arms. By then Antony needed Cleopatra a lot more than she needed him and she knew it, but again, what was she going to do? She had deliberately seduced him to keep her throne and her country, and he was still the man in charge of her part of the world. Her distress at his death, all that weeping and wailing and tearing of hair and breast [as reported by Roman historians] that wasn’t grief, that was part show, for the watching Roman soldiers in hopes that it would sway Octavian to let her keep her throne, but mostly rage, against the doofus who let her and Egypt down. She had to know by then that this was not only the end of her but the end of her country as anything but a client state of Rome. I’d have been pissed, too.

As you can plainly see, I have no opinions on this subject.

And forever available in e:

*Relax. I’m working on Kate22 as we speak. It’s called No Fixed Line and it will publish on November 9th.