The Captain scrubbed a boarding due to heavy seas. The bosun’s mate, the person who drives the boarding party over to the fishing vessel in the small boat, came to the bridge afterward, and the Captain explained the reasons why he’d scrubbed the launch. “Agreed,” said the bosun’s mate.

This bosun’s mate looks maybe twenty years old. Maybe. Afterward, I ask the Captain, “Was that the bosun’s honest opinion?” Because, hey, the Captain is about twice the age and two feet taller than and 92 times the rank of the bosun, and that has got to be some intimidating. If it had been me, I’d have said, at most, “Yes, sir.”

But I’m not in the Coast Guard. “Absolutely that was the bosun’s honest opinion,” the Captain says. He went on to tell me of an incident where he was ready to launch the helo and they did a GAR (Green-Amber-Red) assessment, where everyone gives a number of 1 to 10 as to the crew’s readiness and fitness to perform, 1 being no risk and 10 being highest risk. A petty officer gave a 7, which sat everyone back a bit, but the PO said that they’d already done two boardings that day and that the crew was tired.

So the Captain scrubbed the launch. If they’d got a SAR that evening, he said, everyone would have been that much more tired and something bad could have happened as a result. One of his responsibilities is to keep a certain amount of crew energy in reserve, just in case.

I was down on the hangar deck with the flight crew, attending Lt. Eason’s Helo 101 class. Believe it or not, at the end I kinda sorta understood how a helo works, or this one, anyway. AET3 Lincoln, the helo’s air crewman, rides the helo on missions, and he tells me, “Mr. Eason’s a lieutenant and I’m just an airman but I’ve got the authority to call a wave-off.” I look at Lt. Eason for confirmation. He nods. “Everyone on the aircraft has the ability to call a wave-off if they’re not comfortable with what we’re doing.” Lt. Leary says, “Wave-offs are free.”

I am reminded of the debriefings after the fire drills, everyone excruciatingly honest and unafraid to express an opinion.

“The Coast Guard pushes responsibility down the chain of comand faster than any organization I’ve ever seen,” says XO Thorne.

If there is such a thing as an egalitarian autocracy, the Coast Guard is it. 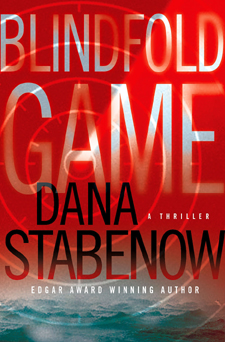